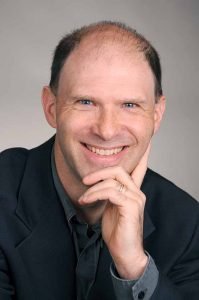 Prof. Seth Freeman is globally recognized for his insight and teaching about negotiation and conflict management. He has taught the subject to thousands of future and current leaders around the world- executives, lawyers, government officials, and other professions – and to people in many other walks of life. An award-winning teacher at Columbia University and a highly sought-after professor at NYU Stern, he has also served as a visiting professor at several programs abroad, including the World Economic Forum, Zhongshan University’s Executive MBA program in Guangzhou, China, Beijing University, Bordeaux School of Management in France.

In his training, consulting, coaching, and speaking practice he has worked with a wide variety of clients including United Nations diplomats, KPMG, AmLaw 50 law firms, Pepsi and other Fortune 500 companies, the New York City Board of Education, All Angels Episcopal Church, Acumen Fund, and several other non-profits and start-up ventures. He has also served as a trained mediator for the Queens Mediation Center.

He is often sought after by leading journalists on the subject of negotiation & conflict management. His interviews and op-ed columns have appeared in the New York Times, Bloomberg TV, the Washington Post, Fortune.com, Huffington Post, New York Magazine, the Christian Science Monitor, and USA Today.

Prof. Freeman is the author/presenter of the best-selling, The Art of Negotiating the Best Deal from the Great Courses™– one of their highest rated offerings.

Prof. Freeman’s scholarly passion focuses the surprising ways people create remarkable peace, prosperity, and fairness by combining seemingly opposite qualities, finding ways to be strong and kind, connected and protected. His research has shown that there are several ways to combine these qualities using negotiation skills, preparation, non-obvious listening, nudges, structures such as Trust Mechanisms that fill the trust gap, scripts such as discussion ground rules and crew resource management, and replacing behavioral controls with outcome controls, to name a few.

Prof. Freeman practiced corporate law in New York for six years following his graduation from the University of Pennsylvania Law School. He graduated from Cornell University with an undergraduate degree in economics.

He lives with his wife Cary and their daughters Hannah and Rachael in New York City. He is a doting father and husband.